My latest panel is complete.  This is a mini chronicle of its development.  The panel is an Aquabord by Ampersand painted with watercolor/gouache on a 22 inch by 30 inch surface. 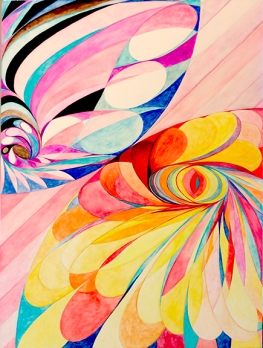 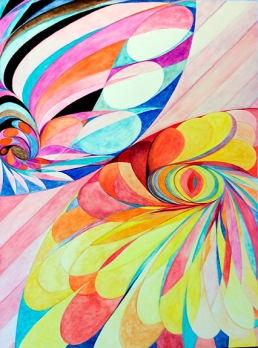 The painting (and on its own) continues as a variation of the larger panel composition framework of intertwining circles. 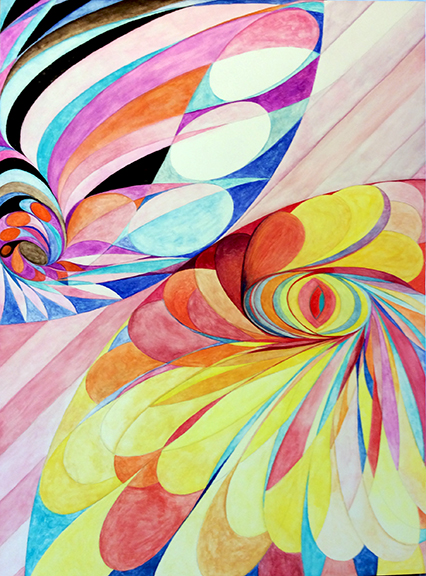 This is a larger composition of 10 panels. It consists of two variations in order and spacing between each artwork.

The two forms of ordering of the paintings I am including here reveal the ease of interchangeability among the grouping of artworks. The added spacing (between paintings) of the initial image (above) can allow each one of the panels to be seen on its own as a singular composition more clearly. It also reveals the dynamics of the overarching geometric composition between the ten artworks. 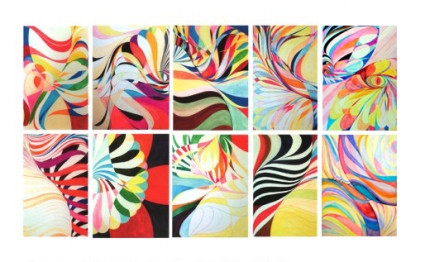 The second image (above) is another variation in the placement of the panels.  It is a more accurate depiction of the actual set up of the composite artwork of ten panels.

I’ll include further updates on the next set of panels that I add to this series.